Many parts of Mequon and Ozaukee County are under real risk for exposure to radon. And, often that risk is high, according to radon testing done in the area.  In Mequon WI, radon is so common that Wisconsin DHS performed a study beginning 1995 to 2016. The science in the study revealed a whopping 42.4% of homes which were evaluated in Mequon showed radon levels at or above 4.0pCi/L.   This means almost 1 out of every 2 homes in Mequon could have high radon.

So, what is radon gas and why should you care?

What is radon gas?

Radon is has been here since the beginning of time. It is a naturally occurring, it's cancer-causing, it's a radioactive gas on the element table.  You can’t see radon, smell it, or taste it. The gas derives itself from a certain breakdown of actual uranium. This gas will then seep up through and out of the ground. As it does, it diffuses itself into the outside air, but if radon can find its way through porous concrete, especially through cracks in concrete, it can fill the indoor space with this toxic gas and the occupant will breathe it, when they are living in that space.

Radon gas is usually found in seemingly low concentrations of the air outdoors, averaging 4.0 pCi/L. But, when intruding radon seeps inside and into homes and buildings, the gas becomes trapped, filling the space in higher concentrations. This factors very significant health risks to humans under this exposure.

The US EPA, suggests that exposure to radon is the number one cause of lung cancer among non-smokers, EPA also deems radon to be the second cause of lung cancer after smoking. Radon is responsible for more than 21,000 deaths annually here in the United States, including Mequon with its very high averages. The best thing a Mequon resident could do for their family is to test for this gas and fix it, if it is found elevated.  Protect you and your loved ones from this silent killer, CALL 262-955-6696

Radon Mitigation in Mequon and Ozaukee County is implemented the same as it is in the rest of the state of Wisconsin, through deppressurized, sub-slab mitigation. This type of radon mitigation has and will conquer the problem and allow safe living in your home.

Menomonee Falls Radon has been installing thousands of these radon systems over 30 years. Also known as Sub-slab Depressurization( SSD), the mitigation method includes many different variations, depending upon whether or not the installation the type of home which is being mitigated. We are the #1 Radon Mitigation Installers in Mequon, Wisconsin.Call 262-955-6696 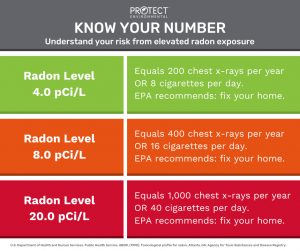 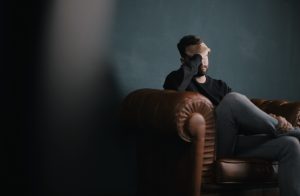